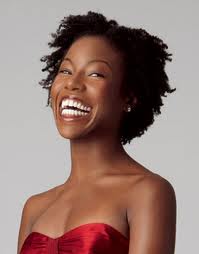 The Natural Hair Movement is live, televised on YouTube and gaining momentum.  I recently had the wonderful opportunity to attend my first Natural Hair Meetup with some fellow Naturalistas at Shashamane Bar & Grill in Oakland, CA.

I have long wanted to connect with other women who, like me have embarked on a journey of self-acceptance by wearing our hair natural in a society that has historically told us our natural texture is ugly.

Though there is a growing trend of African-American women going natural, for many it is still a lonely road, which is why it was exciting to attend this event.

I immediately felt at home when I walked in the room of beautiful women of all shades of brown wearing afros, twist-outs, locks and wild free-flowing hair.  Among this group of women were professional executives, entrepreneurs, authors, social service workers, medical professionals, bloggers and the list goes on.  We were just as different as we were the same.

We ate spicy Ethiopian food and sipped our beverages in sisterhood like a sorority.  Good conversation flowed and we shared product tips and dissected challenges we face as women who dare to wear our hair natural.

We had a wonderful time.

Now it may sound silly to some for a group of women to get together because we have an affinity for kinky and curly hair but a woman’s hair is a part of her identity. Since we live in the time of online social media, many black women who have done the big chop are filming videos and writing blogs about their freeing experiences.

The countless testimonies have served as inspiration for women who want to follow suit, but it also has pushed a wedge between black women who have gone natural and those who straighten their hair.

This unnecessary division is fostering heavy judgments and ill will in a group of women who can’t afford it.  Unfortunately, I have read tweets, articles and posts about a clash between straight and kinky hair, where many women who wear their hair straight are feeling looked down on by women who are natural.

While there are a few outspoken women with amnesia, who self-righteously judge those who prefer straight hair, I believe the majority of us do not.  If I may elect myself Naturalista spokeswoman of the day, I believe that most of us do not judge women who wear their hair straight because most of us used to do the same.

Do not confuse the expressions of freedom and happiness that we share because we have gone natural as an attack on those who have not.  For many Naturalistas, the chemicals and heat were a burden and once we were brave enough to say “I don’t care what anyone thinks, I love my hair and I’m going to do me” you kind of want to tell the world.

Also, I’m not letting the straight heads off the hook either, because many still use the word “nappy” like a spiked whip to belittle another sista who wears her hair the way it grows out of her scalp.

Natural, straight, kinky, curly, relaxer, weave or whatever, a woman has the right to rock whatever style she wants.  Today, I am happy with my fly-away kinky curly fro but if I get the hankering to flat-iron my do and run my fingers through my hair without hitting any resistance then in the words of Bobby Brown, it’s my prerogative.

Let’s stop the stupid fighting, arguments and judgments.   We need to stick together and love one another.  Black women catch flack and static from everywhere, it shouldn’t be too much to ask for some unity in the group of people who knows best of what we come up against every day.  It is not easy being a black woman.  Tell another sista she is beautiful, whether she is kinky, curly, straight, natural or processed.  Love, don’t hate.