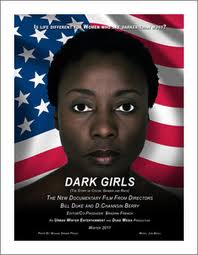 You are unable to hear the mental trips that go on inside my mind, the struggle I go through to feel adequate as a person.  I tell myself that I am beautiful everyday because if I don’t who will?

I know people misunderstand me all the time because my bad attitude always trumps my true nature.  I’m not really an angry or mean person, who is mad at the world.  I’m really not a difficult person but I am afraid that if I let my guard down, you will see my tears and know how vulnerable I am but I can do without the pity.

I just want someone to love me, for who I am, just as I am because I have a lot of love to give in return.

I have entered in to one too many relationships with men the wrong way, trying to prove that I am worthy enough to be with him.

I remember long ago, when dating my now ex-husband, how every time he told me I was beautiful, I fanned him away and said something like, “whatever, stop lying.”  With a puzzled look on his face, he would ask me why I could not accept his compliments.  The simple answer was I did not believe him.

So don’t ever tell me that what I have experienced was no big deal.

The above statements reflect things that I have felt or experienced at one point or another in my life.  It took a lot of work to move past the events in my life that caused the damage to my spirit.  I had to learn how to love myself in spite of what others did or said.

Now when it comes to men, I will not give my body or any other part of me to any man unless he truly loves me and his words and actions match.

Now instead of walking with my head down, my head is high and the smile on my face is wide.  You see because God loves me and every morning when I wake He reminds me of His love.  Every time I look in the mirror and see my brown skin and my bushy hair He reminds me that He made me just the way He wanted.  I am a designer original there is no one walking this earth like me.

Colorism = is prejudice or discrimination in which human beings are accorded differing social treatment based on skin color.

I did not realize it until later in life that seemingly trivial but negative incidents during childhood where someone mistreated me, talked about my dark skin or ignored me because of it, created little breaks in my spirit that affected me well in to adulthood.  My childlike attempts to deflect the insults with prideful statements, like “the blacker the berry the sweeter the juice,” were not strong enough to block the hurt and since I never told my mother about how I felt, she could not help me either.

Because I had no one to help me work through the negative feelings that were turning in to self-hate, it took a lot of work to heal.

The United States abolished slavery in 1865, but we are still plagued by the effects of it.  Globally skin whitening is a billion-dollar industry and growing fast in the US, evidence that the attitude, lighter is better is still in mass circulation.

Images of beauty that rarely include black women and surely not dark-skinned black women fill the media.

Colorism is a phenomenon, rooted in slavery that is destructive in the African-American community.  The division between the lighter skinned house slaves and the darker skinned field slaves has continued on today where light-skinned African-Americans still receive better treatment, are afforded more opportunities for professional advancement and are deemed more attractive by popular beauty standards because of prejudice.

Progress has not healed old wounds and despite taking leaps with the Civil Rights Movement, African-Americans are still largely divided.

Socially, men and women are still hurting one another because of skin color.  Just last week, #lightskin vs. #darkskin was trending on Twitter, while most of the comments that I read were positive there were still some damaging views and ignorant commentary like, “I don’t like dark skin cuz it looks like it stinks” and “I’m glad I’m light skinned, biracial with long wavy hair,” floating out there.

Support the Dark Girls documentary project and others alike for our children and for future generations.

I went to see Dark Girls, a documentary produced by Bill Duke and D. Channsin Berry, when it premiered at the Paramount Theatre in Oakland for personal reasons.  I thought I would see the film, cry a little, and relate to the women telling their stories about the negative impact of colorism, then go home feeling a little lighter from shedding some dead weight.

My sister-in-law, who attended with me, went to see the film for a far greater and much more important reason than mine.  As the mother of my four-year old niece, who is chocolate like me, my sister-in-law wanted to know what awaited her very young child in the future, so she could start having those important life changing conversations.  The film supported her concerns.

Dark Girls highlighted how early young girls start to display signs of self-hatred because they are dark-skinned and showed women from all ages groups who were still suffering from colorism.  They also took an educational position and explained by using expert interviews how the problem started and then evolved over time in the US and globally.

Like I’m sure many other women who were watching the film, I reflected on my experiences of mistreatment because of my dark skin.  I checked the “me too” box in my mind as the women recounted painful events and the low self-esteem that resulted.

I also could not stop thinking about kids like my niece and the countless other little girls who are growing up in a world where there is an extreme amount of pressure to look like someone else.

After the film, the producers Bill Duke and D. Channsin Berry held a Q. & A. session, where a woman in the audience asked them, what were they going to do about the problem?  What she did not realize was that they did something by creating the film and started this important conversation.  It was now up to us, the audience, to take the baton and run with it.

I left the theatre feeling heavier than when I arrived.  I knew that it was important to follow the examples of Bill Duke, D. Channsin Berry and their team to and become a part of this movement to help stop this corrosive problem.

No girl should have to grow up hurting because she doesn’t feel worthy or attractive.  Black, brown, yellow, and red it is going to take the entire Diaspora to teach the next generation better, to make a difference.

We need to send a message to everyone willing to listen to start changing things now.  I have committed myself to advocate on behalf women of every shade to prevent suffering from low self-esteem and self-doubt.  I started this blog for that purpose.  I will also follow my sister-in-law’s lead and will soon start talking to my young sons. I will teach them that all women are beautiful and to respect them no matter how light or dark.

You can support Dark Girls and help bring a viewing to your city by visiting http://officialdarkgirlsmovie.com/ and donating to the film.  Follow Dark Girls on Facebook http://www.facebook.com/DarkGirlsMovieor on Twitter @DarkGirls_Movie.  Don’t forget to tell your friends.