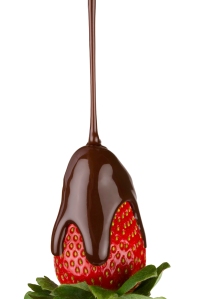 Have you ever noticed that African-Americans have an obsession with using delectable sounding treats and spices when it comes to describing our skin color?  As far as I can remember my skin has been associated with chocolate, starting with my grandmother who lovingly referred to me as her chocolate drop.  I have also been described as cocoa and cocoa cream.

Not long ago a friend and I were talking about how her complexion has changed over the years and we automatically used terms like peanut butter and caramel to describe her transition.

I can’t imagine any other race using terms of sweet treats and addictive goodies to describe themselves like we do, unless they were in some way adopted in to the African-American community, like the late Great Teena Marie, who was the self-proclaimed “Vanilla Child.”

From terms like butterscotch, honey, cinnamon and dark chocolate I say we have ice cream parlor flavors wrapped up.

Maybe my addiction to sweet things has something to do with my race and its tantalizing flavors!

Do a little experiment and describe yourself or someone who is African-American that you know, did you borrow a term out of your pantry?

Love it!  Let your light shine!